It’s time for turkey, and Caps fans will be hoping it makes for a tasty meal more than the way the boys have been playing lately.

It’s Turkey Week in Capitals Nation, and that means the annual Wednesday-Friday games at Capital One Arena, followed by a Saturday contest in New Jersey against the hottest team in the league.

For a dozen games, the Philadelphia Flyers were on a list of “surprise” teams in the NHL, clubs believed to be facing a struggle in the regular season to be a competitor for a playoff position, but outperforming expectations. With a 7-3-2 record over their first dozen games, they were fourth in the Metropolitan Division. But there were signs. In those dozen games, the Flyers played to one-goal decisions seven times, posting a 4-1-2 record. They were playing right on the margin.

Since that hot start, the Flyers have fallen on hard times, carrying a six-game losing streak into the new week (0-4-2), and they have been losing big. All four of the losses in regulation time were by three or more goals. Their two points over their last six games are tied for second fewest in the league over that period (Buffalo is winless at 0-5-0), a product of their inability to score (2.17 goals per game/27th in the league in scoring offense) and their failure to keep opponents off the scoreboard (4.50 goals allowed per game/30th). Special teams have been non-existent in the six-game losing streak, their power play running at 10.5 percent (29th) and their penalty kill an abysmal 50.0 percent (32nd). The only saving grace on their penalty kill has been the lack of need to deploy it. The 2.67 shorthanded situations faced per game are tied for seventh-fewest in the league over that period.

There is another flashing red light in the Flyers’ season to date, and that is their road record. They won two of their first three contests on the road this season, but they have won just once in their last seven games away from Philadelphia, a 2-1 win in Ottawa over the Senators on November 5th. Their 3-4-3 road record overall is tied for 19th in the league in points (nine) and is 20th in points percentage (.450), Here too, the Flyers struggles are on both sides of the puck. Their 2.40 goals per game on the road rank 29th in scoring offense, and although their 3.20 goals allowed per game rank 15th in scoring defense, the Flyers allowed four or more goals in five of their last six games, including five goals three times.

The Calgary Flames have been a streaky team so far this season, and the Caps might be catching them on a “good” streak. The Flames were 5-1-0 in their first six games this season before suffering a seven-game losing streak (0-5-2). They are 3-1-0 in their last four games going into the new week.

Calgary will be coming to Washington to play the fifth of a six-game road trip, all of the games in what will be their longest road trip of the season in the Eastern time zone. Taken in its entirety, streaks aside, the Flames have been a bit of a disappointment so far. They are a mediocre scoring team to date, their 3.06 goals per game overall tied for 17th in scoring offense. On the other side, their 3.41 goals allowed per game is tied for 23rd in scoring defense. Unsurprisingly, their road performance has been worse – 2.50 goals scored per game (tied for 24th in scoring offense) and 3.50 goals allowed per game (tied for 22nd in road scoring defense).

Their offense in road games suffers a “60 minute” problem. While the Flames have nine goals in the first period of the six road games they played to date, they have only three second period and three third period goals in those contests. Their scoring defense is a mirror image of that frustration, allowing only four first period goals in the six road games by eight goals in each of the second and third periods of those games. The problem is compounded by wasted opportunities. In six road games, the Flames scored first five times but are just 2-2-1 in those contests, their .400 winning percentage in road games when scoring first ranking 22nd in the league.

One thing to watch in this game is shots on goal. In 17 games entering the new week, the Flames out-shot their opponents 14 times. Not that it mattered much, Calgary with a 7-6-1 record in those games and just 1-3-1 on the road when outshooting their opposition. They are posting and average of 38.3 shots per game on the road, though (second in the league), and although the Caps have done a decent job on home ice limiting shots at home (28.0 per game/seventh-fewest in the league), whoever is in goal for the Caps had better be ready to see a lot of pucks.

Perhaps the problem is the miles. Of their first six road games, five were played in the Eastern time zone (Long Island, New Jersey, Boston, Tampa, Miami), and all six games of the road trip on which they currently find themselves will be played in the East.

If you had the New Jersey Devils with the second-best record in the league at the quarter-point of the season in both points (30) and points percentage (.833), and on a 12-game winning streak going into the new week, you might consider opening a fortune telling studio. The Devils will have a challenge this week in advance of their week-ending match with the Caps on Saturday with games against Edmonton and Toronto at home before heading to snowbound Buffalo on Friday.

The Devils have met just about every challenge thrown their way to date, though. They rank third in the league in scoring offense (3.78 goals per game) and second in scoring defense (2.33 goals allowed per game). They are tied for third in games in which they scored first (12). No team has taken more leads into the third periods of games (12) and they are a perfect 12-0-0 in those games so far. Only three teams have allowed fewer goals at 5-on-5 than the Devils (26), and only Pittsburgh has scored more goals at fives (48) than the Devils (47, tied with Dallas going into the new week). Only Carolina has a better shot attempts-for at 5-on-5 (62.4 percent) than New Jersey (58.8 percent).

And if anything, they have been better, especially recently, on home ice. They go into the new week on a five-game home winning streak (7-2-0 overall this season), allowing only eight goals over those five games while scoring 19 of their own, although seven of those came in a 7-1 win over woeful Columbus on October 30th.

If there is a soft spot with this team, it might be special teams. The power play has not been all that efficient (20.3 percent, tied for 20th in the league), nor has it had the benefit of being on ice frequently (3.28 times per game, tied for 20th in the league). But watch out when they do score on the man advantage. New Jersey scored a power play goal in 12 games so far (a single goal in each instance) and has a record of 11-1-0 in those games. Oddly enough, the Devils are 4-0-0 when getting two or fewer man advantages to date. On the other side of special teams, the Devils have been good, if not great, killing 81.4 percent of their shorthanded situations (tied for eighth in the league). They are tied for 12th-fewest shorthanded situations per game (3.28).

Potential Milestones to Reach This Week (or soon): 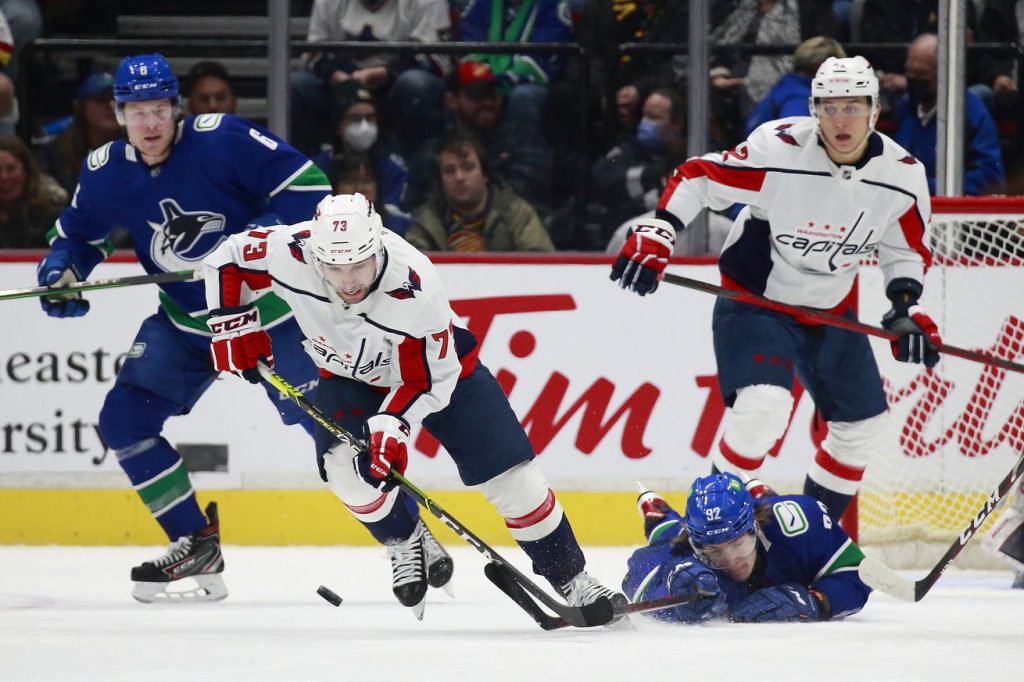 The Washington Capitals head west in the new week hoping the change of scenery will usher in some more consistent success. As November ends, and December … 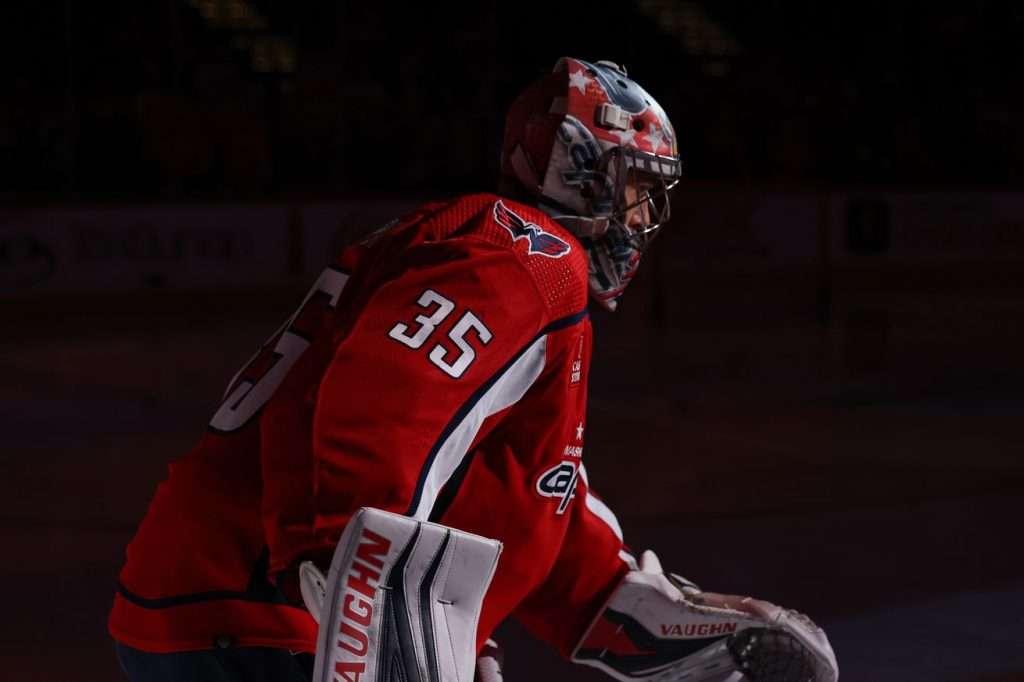 Photo by John McCreary/NHLI via Getty Images It is a four-game week for the Capitals, including their second set of back-to-back games this season. The schedule … 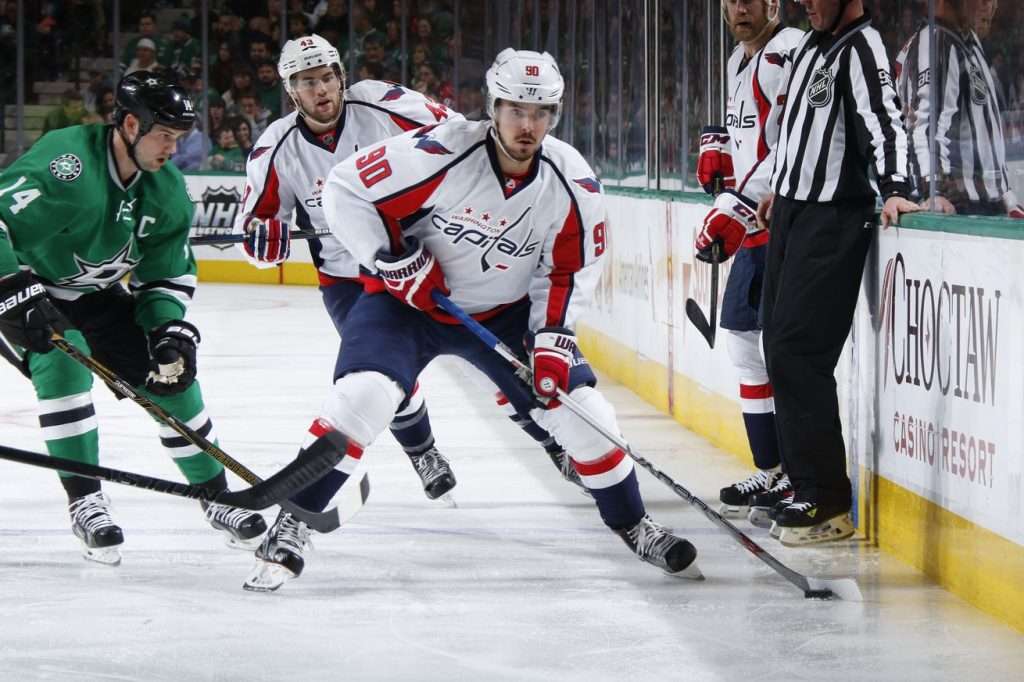 The Caps head to the road for their first extended trip of the season, looking to get their first win away from home and build some … 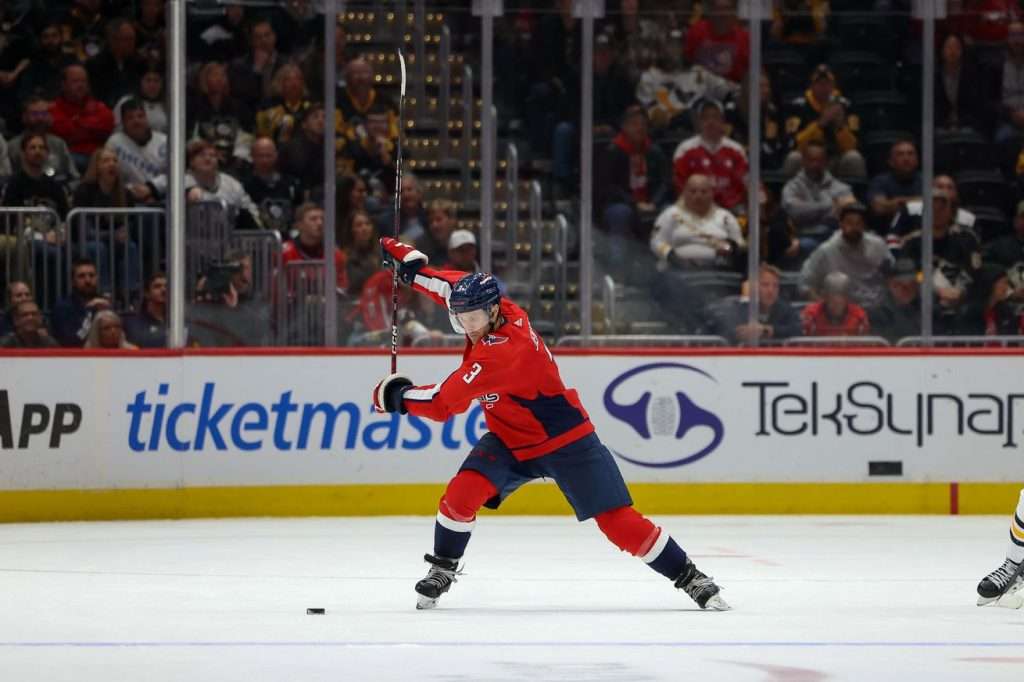 Photo by John McCreary/NHLI via Getty Images It will be another week without facing a divisional opponent for the Washington Capitals, but that doesn’t make it …