Ravens’ secondary has picked up where it left off last season, and that’s a problem – Jeff Zrebiec

A goal was set by the players to finish with the league’s best pass defense. The Ravens still have three months to make that happen. The early returns, though, have them in the exact same place they were in when last season concluded — with the 32nd-ranked pass defense heading into Sunday’s matchup with the New England Patriots at Gillette Stadium.

“We never expect to be second, let alone last. We always expect to be the best,” Armour-Davis said after practice Wednesday. “Give the Dolphins credit. They executed their game plan, and we didn’t. But we know we made a lot of self-wound mistakes, so we know if we get those cleaned up — when we get those cleaned up — we’ll be where we want to be.”

The Ravens have no other choice but to hope that their veteran corners get healthier, their young defensive backs grow up fast and the group eliminates the mental errors primarily responsible for the team blowing a three-touchdown, fourth-quarter lead and allowing Tua Tagovailoa to throw for six scores and 469 yards.

“Regardless of a win or loss, there’s always things that you’ve got to clean up,” said second-year corner Brandon Stephens, who returned to practice Wednesday after missing Sunday’s game with a quad injury. “Obviously, we felt like we should have won that game. We’ve already talked about the changes that we need to make and the communication that we need to have. We’re going to fix it and move forward.”

The Ravens’ running game is sputtering. Here’s where it can improve. – Jonas Shaffer

According to Pro Fooball Focus, Zeitler ranks as the NFL’s No. 20 run-blocking guard through two weeks, while Ben Powers ranks among the worst.

At tackle, Mekari and Moses, whose run-blocking ability was heralded upon his signing this offseason, have graded out as among the NFL’s least effective run blockers, according to PFF.

At center, Linderbaum has fared well as a run blocker, rated 11th overall by PFF, though he’s struggled somewhat in pass protection.

Evaluations of offensive line play can vary wildly, especially early in the season. According to ESPN’s player-tracking data, Powers has the ninth-best run block win rate among NFL guards, while the Ravens rank seventh overall in the team-wide metric, which measures how often a defender “wins” his repetition by either beating his blocker, disrupting the pocket or running lane, containing the runner or recording a tackle close to the line of scrimmage.

The Ravens reportedly first met with the 33-year-old linebacker in mid-June, then had him in for another visit Monday with injuries piling up at the position and a desire for more pass rush help.

Pierre-Paul has 91 ½ career sacks who has won Super Bowls with the Giants and Buccaneers. He has registered at least seven sacks in eight of his 12 NFL seasons. A first-round pick in 2010, Pierre-Paul spent the past four seasons with Tampa Bay and eight years with the New York Giants.

Playing with a torn rotator cuff last season, Pierre-Paul was limited to 2.5 sacks in 12 games, the first time since 2015 that he did not have at least seven sacks. He underwent shoulder surgery in February and will look to return to the form he showed in 2020 when he had 9 ½ sacks and made the Pro Bowl for the third time.

Odafe Oweh and Justin Houston have been the starting outside linebackers this season, with inside linebacker Malik Harrison also rotating outside. Houston leads the team with 2.0 sacks so far this season, but Oweh has not registered one yet and the Ravens only took down Dolphins quarterback Tua Tagovailoa once in Sunday’s 42-38 loss.

Games that every other quarterback in NFL history has had 300-plus yards passing and 100-plus yards rushing: three.

The Ravens defense fell apart last week against the Dolphins, but Jackson was terrific, completing 21 of 29 passes for 318 yards and three touchdowns, while also rushing nine times for 119 yards and a score. The blitz gave the Ravens all kinds of issues last year, but when the Dolphins rushed five or more, Jackson was 12-for-14 for 206 yards and two touchdowns. That’s a really, really encouraging sign.

As for the Patriots, Nelson Agholor delivered a nice 44-yard TD grab last week in their win against the Steelers. But their offense just doesn’t have a lot of juice. I hate going against Bill Belichick as a home underdog, and Jackson is playing through an elbow injury, but I think the Patriots are going to have a tough time here.

The Patriots’ defense has given up just two touchdowns in as many weeks, making few mental mistakes. The team’s running game is ahead of schedule after apocalyptic reports in camp. But it will be tough to consistently move the Ravens’ massive front, and Lamar Jackson is that dude who makes sound New England defenses look silly, even in the best of times. 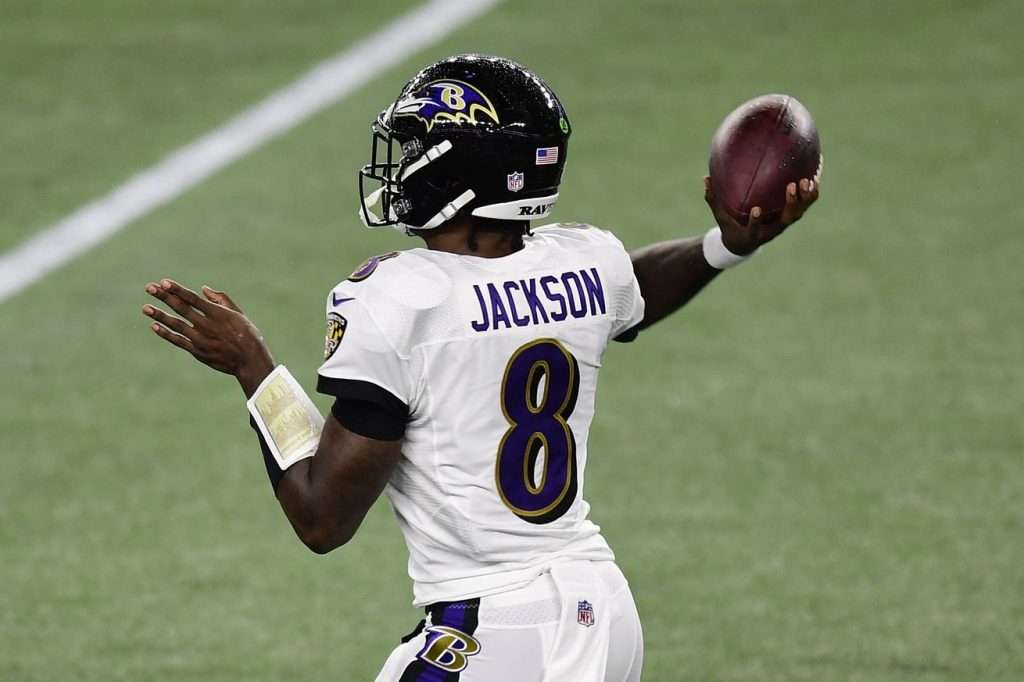 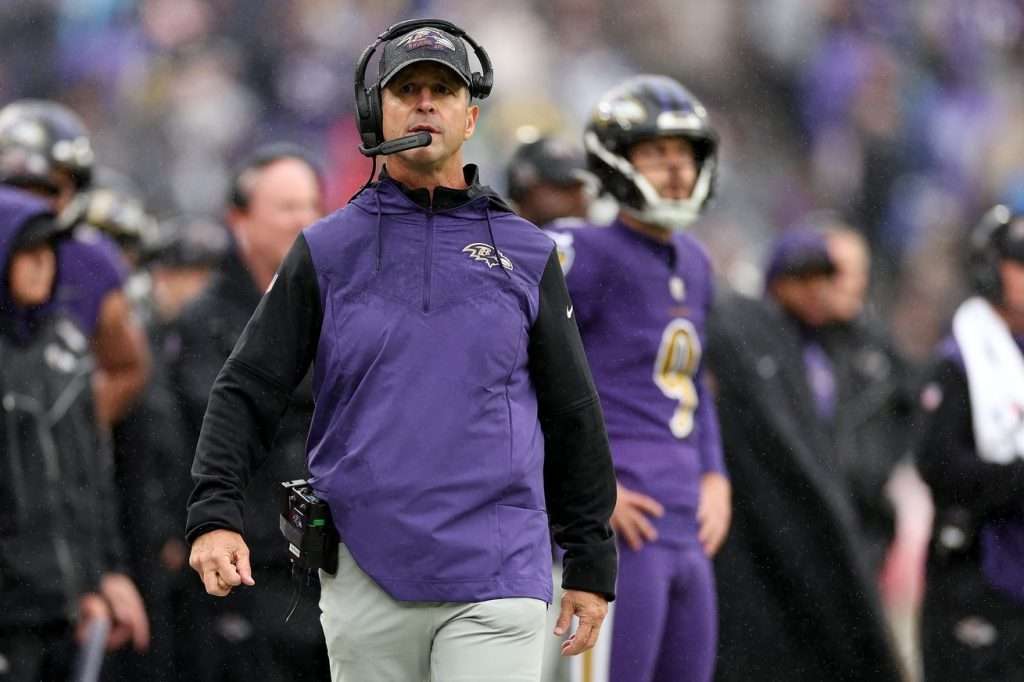 Photo by Patrick Smith/Getty Images The 61-0 streak is over: Why the Ravens are no longer the NFL’s best closers – Jamison Hensley From … 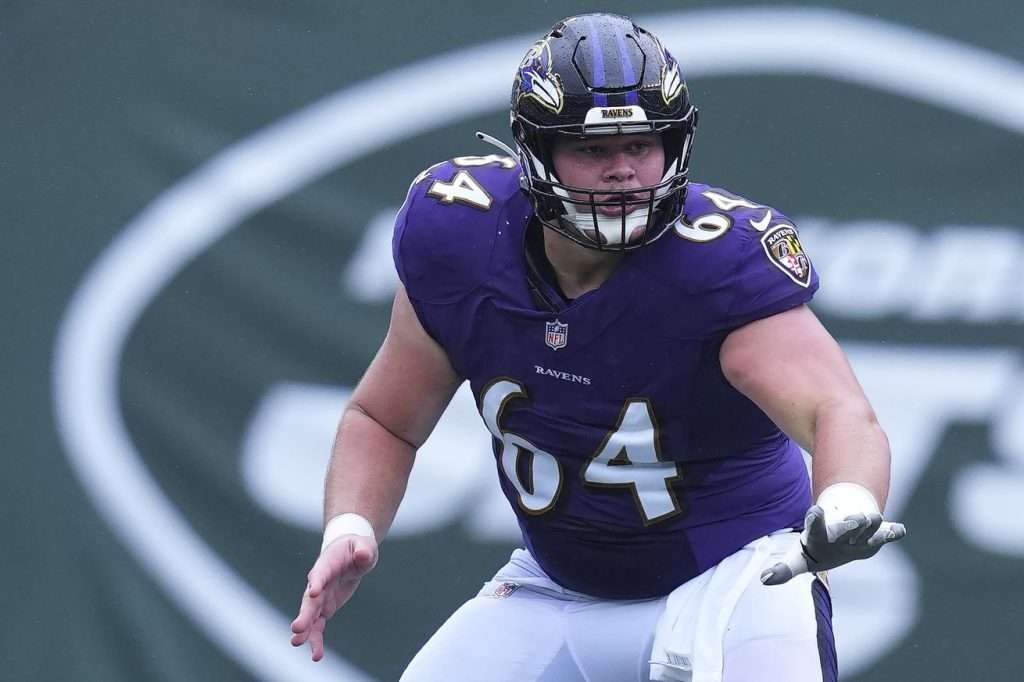