Despite playing in the complicated Bobby Petrino offense at Louisville, Lamar Jackson has had to continuously fight the stigma that he is a scramble- and creation-only quarterback at the NFL level.

And while Jackson’s running ability remains one of the most dangerous weapons in the NFL — a fact that was reiterated by his 79-yard touchdown run against the Dolphins — Jackson has become one of the most polished QBs operating from inside the pocket. The Ravens’ offensive coaches seem to know it, given how they are designing game plans and attacking opposing defenses.

Through two games, 22.4 percent of the Ravens’ offensive snaps have been from under center. That’s still well under the league average of 35.1 percent since 2019 but streets ahead of their previous usage. The Ravens of 2019 (6.6 percent under center), 2020 (4.5 percent) and 2021 (5.1 percent) had three of the four lowest under-center rates, by season, among NFL offenses in that time span.

All of those 2022 passing numbers would be career highs for Jackson, should they hold up for the entire season, while his scrambling and designed-rush numbers would land as career lows. Jackson is also leading the NFL in average depth of target at a whopping 11.2 air yards per attempt.

Injuries are a struggle for the Ravens, who are down to their third-string left tackle until Ronnie Stanley gets back into the lineup. Even when Stanley returns, it will have been two years since he was last fully healthy. Lamar Jackson and the unique offense help this line across the board, but three of the starters have earned sub-55.0 PFF run-blocking grades. The Patriots always pose a challenge, and Deatrich Wise Jr. has been one of the surprise elite performers of the young season on the edge.

Jackson said his arm is “feeling good,” and he doesn’t expect any interruptions to his practice routine this week ahead of Sunday’s game against the New England Patriots. When a reporter asked whether Jackson was able to throw Wednesday, he joked, “I’m going to throw Sunday — a lot Sunday.”

Cornerbacks Brandon Stephens (quadriceps), who was held out Sunday, and Damarion “Pepe” Williams (ankle), who left the loss in the fourth quarter, were also limited.

How the Patriots try to defend Lamar Jackson will be one of the keys to Sunday’s game. Head Coach Bill Belichick has used many different methods to contain explosive players during his great career, and his game plans often change dramatically from one week to the next. Jackson will study film this week, but knows it’s hard to anticipate what he’ll see on Sunday.

“That Belichick defense [is] a gameplan defense, so I don’t know how he’ll try to play me this season,” Jackson said.

Jackson has faced Belichick’s teams twice, with very different results. In 2019, he led the Ravens to a 37-20 victory in Baltimore, throwing for 163 yards and one touchdown while running for 61 yards and two touchdowns. However, the Patriots got even in 2020 at New England, winning 23-17 on a cold and rainy night that was made crisp offensive execution challenging.

“I’ll say the weather played a big part last time we played,” Jackson said. “Every time we got up and lined up on offense, it was heavy rains; you can’t even throw the ball through this rain, you can’t run the ball, you probably can’t even see your opponent if you’re trying to make him miss. But hopefully, it’s perfect weather.”

The Patriots had a good plan last week against the Steelers on offense. They put Mac in the shotgun and let him do what he does best before turning to the running game to close out the impressive victory. Still, the performances by the offense in Weeks 1 and 2 were largely similar, with a contested ball going for a touchdown instead of an interception, and turnovers making the biggest difference in the game. The opportunities against Baltimore’s pass defense should be there. If Mac can pick up some of the plays he missed against the Steelers, more easy explosive plays should show up. But despite the stats and recent performances, the Patriots should expect to get a fully focused Ravens team that is looking to get on stride defensively.

How about some credit for the Patriots’ pass protection last week, which was recorded with just three QB hits and zero sacks allowed. That kind of protection is something that can give Mac Jones’ confidence in the pocket a boost. But the Ravens are another difficult test up front with veterans Calais Campbell and Justin Houston still playing tough football, while emerging youngsters Odafe Oweh and Patrick Queen provide a boost of youthful aggressiveness. That foursome will be heavily involved up front against the Patriots and will challenge them to put together another sack-free performance. 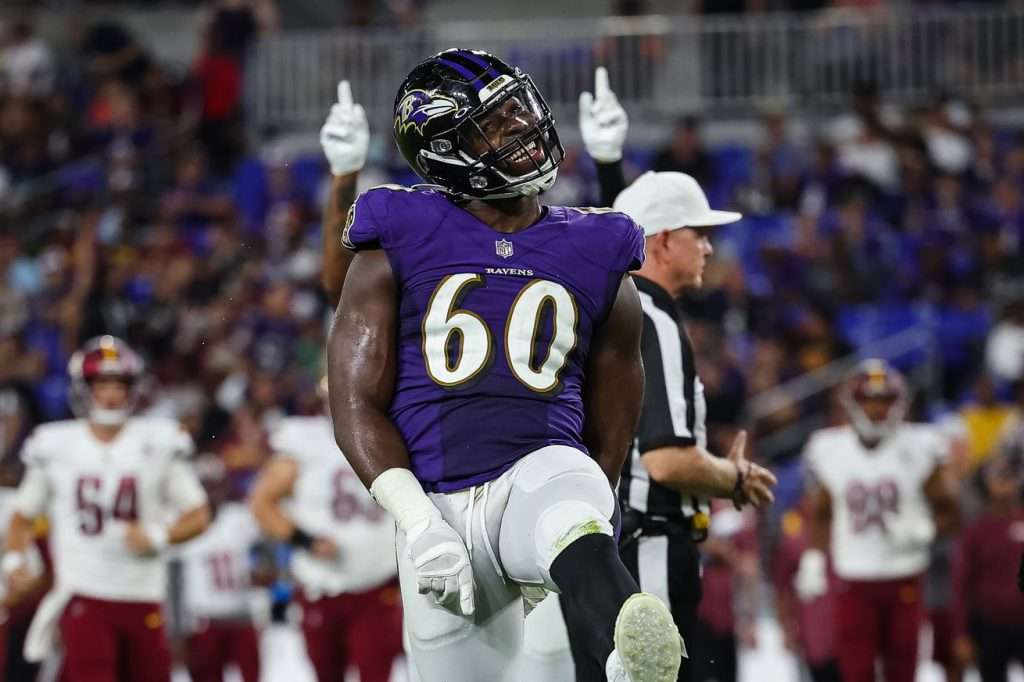 Photo by Scott Taetsch/Getty Images Ravens film study: Why the offense and the defense were NFL outliers in Week 1 – Jonas Shaffer 21 … 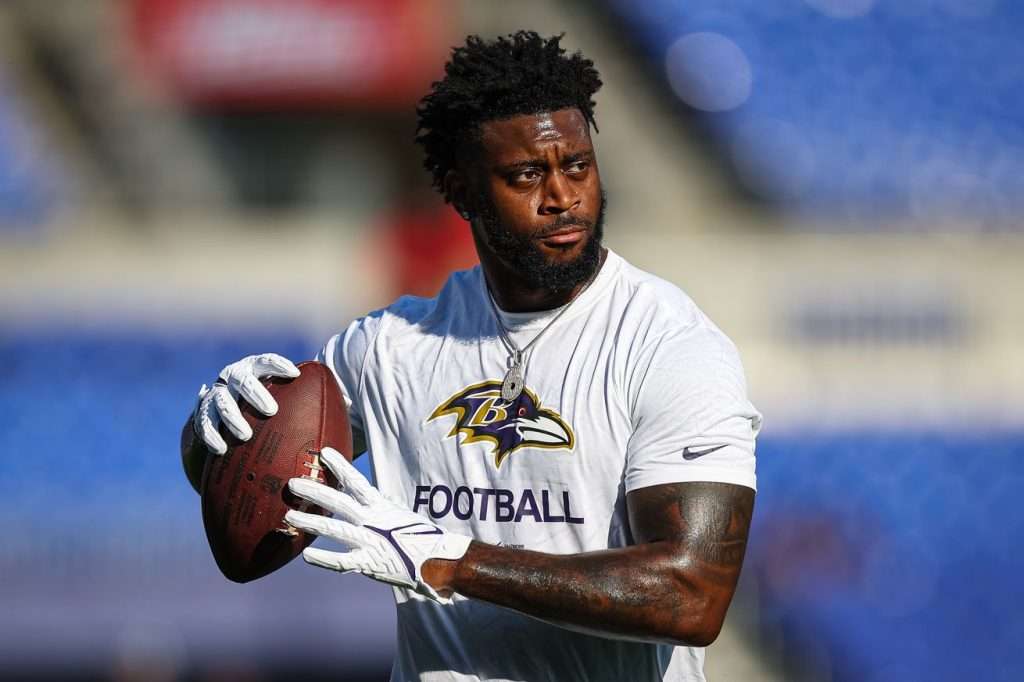 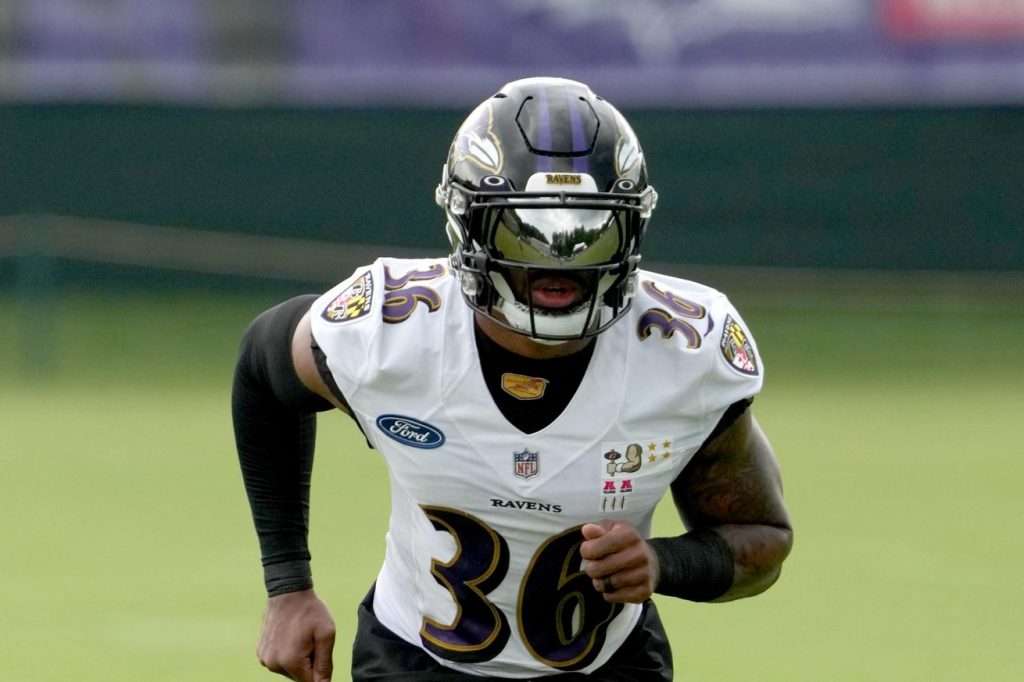