Lamar Jackson on Roughing the Passer: ‘We Need Some Calls Too’ – Clifton Brown

Lamar Jackson rarely begs officials to call roughing the passer. He leads all NFL quarterbacks in rushing yards, but when Jackson gets hit, he doesn’t complain and moves onto the next play.

However, watching some of the questionable roughing the passer flags being thrown around the league in recent weeks may coerce Jackson into lobbying for more calls.

“I about to start,” Jackson said with a wry smile when asked why he doesn’t beg for roughing the passer calls. “We’ve been needing some penalties, too, now – on our side

“If they see it, hopefully they make the call. I’m going to play football, but I’m going to start throwing my hands up, too. No hard feelings to the refs out there, but we need some calls.”

Josh Oliver’s Blocking Has Been Improving

Tight end Josh Oliver has played at least 30 percent of the offensive snaps in all five games this season, earning a spot in the tight end rotation with All-Pro Mark Andrews and rookie Isaiah Likely.

Oliver has caught two passes for eight yards, but has made an impression with some devastating blocks that have added physicality to the run game. Three-time Pro Bowl fullback Patrick Ricard knows good blocking when he sees it, and he gave Oliver props on social media for a pancake block against the Bengals.

“It’s awesome to see him grasp this offense and flourish,” Andrews said. “He’s a powerful dude, but an extremely athletic guy. He’s someone the defense has to respect because he’s so athletic and so good at blocking. He’s a big piece of our offense, he does a lot for us. He’s really getting it. I’m proud of him.”

Ronnie Stanley returned to action this week after a long, drawn-out injury battle, giving the Ravens a jump from their fourth-string left tackle back to their first.

Stanley split reps at left tackle but played 22 snaps and didn’t allow any pressure. His return provides a massive upgrade for the Ravens.

Dexter Lawrence leads the Giants with 17 pressures on the season. Kayvon Thibodeaux had his best game last week, but the Giants don’t threaten on the edge.

Where could Odell Beckham Jr. end up? Potential fits include Ravens, Rams and Bucs – Jeff Zrebiec

When the Ravens traded Marquise Brown to the Arizona Cardinals during Day 1 of the 2022 NFL Draft, there was an expectation that general manager Eric DeCosta would replace Brown with an accomplished veteran wide receiver. He never did, and with Rashod Bateman dealing with a foot injury, the Ravens’ lack of proven receiving threats stands out.

DeCosta is known to check in on just about everything, and there’s no doubt the Ravens will at least kick the tires on Beckham. There is certainly a need. The question is how interested would Beckham be in them? He’ll have his options, and the Ravens’ offense is not one in which wide receivers typically flourish.

He practiced for the first time for Baltimore on Wednesday, getting on the field just seven months after rupturing the Achilles tendon in his left foot during Michigan’s pro day. Ojabo was projected to be a top-15 selection in this year’s draft before suffering the devastating injury in March, which caused him to fall to the 45th overall pick.

The Ravens now have a 21-day window in which they can activate him off injured reserve. Harbaugh said Ojabo will not play in Sunday’s game at the New York Giants.

In addition to Ojabo, outside linebacker Tyus Bowser, who started all 17 games last season, practiced Wednesday for the first time since tearing an Achilles in the season finale. He is on the physically unable to perform list.

The Ravens have been creative with getting wide receiver Devin Duvernay the ball. Duvernay catches balls in traffic, can run sweeps, and is a Pro Bowl returner. Duvernay has outplayed fellow wide receiver Rashod Bateman, who missed the Week 5 game against the Bengals with a foot injury. Jackson targeted Duvernay seven times and he finished with a career-high five receptions for 54 yards in the 19-17 win. He also carried the ball three times for 24 yards, often running past a gang of defenders.

The Giants are stout defensively and coordinator Don Martindale is familiar with the Ravens’ offense. He’ll be creative with how he attacks Jackson and brackets Andrews. Dexter Lawrence leads the Giants with three sacks. However, the Giants have yet to manage an interception.

Giants quarterback Daniel Jones has done a good job managing game and has thrown for 848 with three touchdowns and two interceptions. The key for the Ravens will be to contain Saquon Barkley, who is ranked second in the NFL with 533 yards rushing. Baltimore is ranked 12th against the run, allowing 108 yards per game. New York doesn’t have much of a passing attack and Richie James leads the team with just 171 yards receiving.

The Giants, off to their best start since opening 5-0 in 2009, are coming off an emotional win over the Packers in London. The Ravens are 2-0 in road games this year, and 19-7 (.731) overall in road games started by Jackson. The Giants are 4-1 in close games this season and each of their five games this season has been decided by eight points or less. New York will try to keep Jackson off the field by feeding Barkley the ball. This could keep the game close but the Ravens have enough talent to prevail. 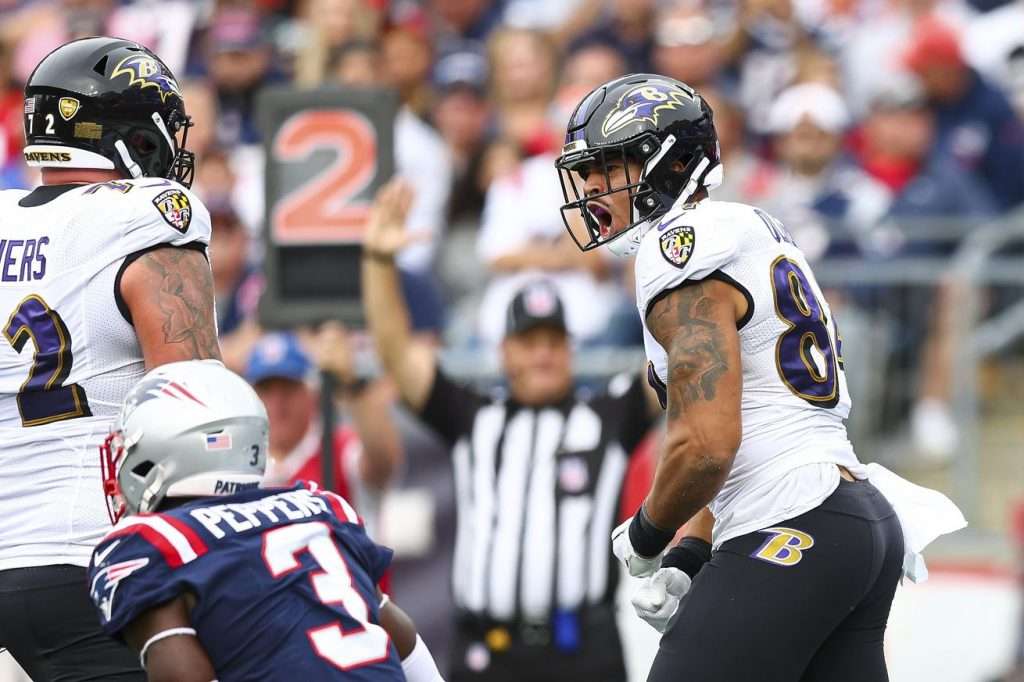 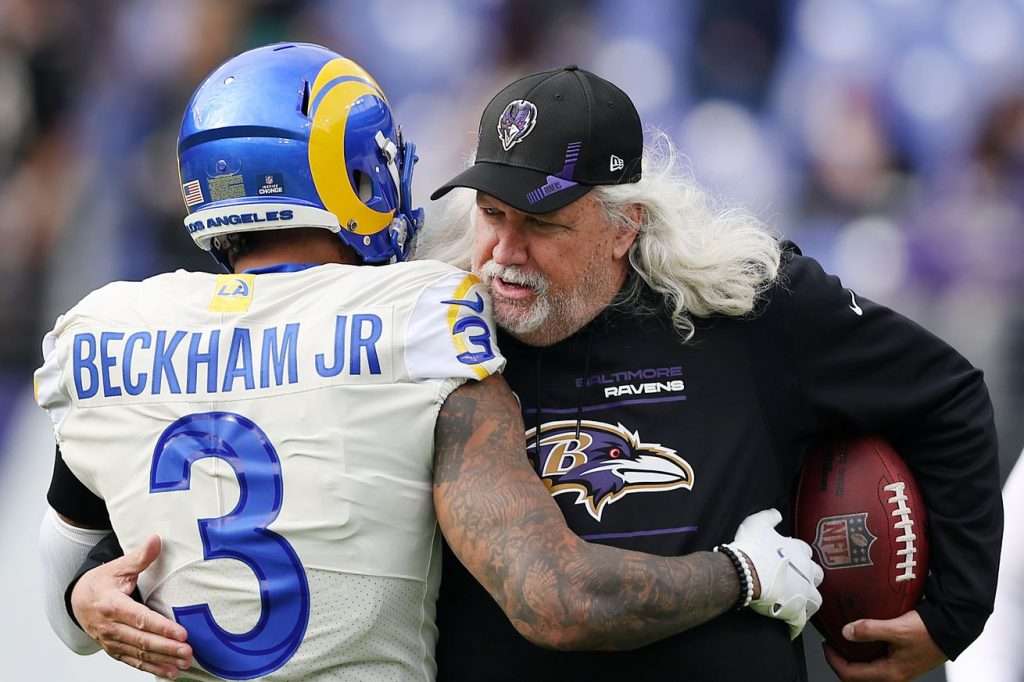