We’ve got a tricky one for you today – assessing the Hall of Fame credentials of one Nicklas Backstrom, legendary Swedish center for the Washington Capitals and 2018 Stanley Cup Champion.

Is Nicklas Backstrom a Hall of Famer?

Becca: I’m admittedly super biased when it comes to Nicklas Backstrom and his greatness, but yes, I think he is. He is the franchise leader in, or near the top of, nearly every offensive category (and is often second only to some guy named Ovechkin). Then there are the historic accomplishments that go beyond just the Caps’ organization. Only a handful of players in history have more assists through their first 1000 points than Backstrom, and only a handful of Swedes have even hit that 1000-point mark. And he has a Cup, which shouldn’t count for something like this given the fact that it takes a team and a lot of luck to win (to say nothing of how many bad players have won one through history) but we all know it does.

The one thing I think would maybe hold him back, when his time comes, is the lack of recognition from the league in the form of pesky individual awards, including All-Star invites. He’s just never been a flashy player, despite being an incredible one and an incredibly consistent one, and for whatever reason (most likely that Ovechkin guy again) has never gotten the kudos he deserves. When the resume gets a once-over, that lack of any individual hardware could hurt him – or at least delay what should happen.

Peerless: There are 32 centers in NHL history with at least 250 goals and at least 725 assists, including Nicklas Backstrom. Twenty-one of them are in the Hall of Fame. To that, add active players Sidney Crosby and Joe Thornton as shoe-ins. Recently retired Ryan Getzlaf would appear to be destined for the Hall as well. That makes 24 of 32 centers. Twenty of the 32 centers, including Backstrom, have won at least one Stanley Cup. If Backstrom was healthy over the last three years of his current contract, he could finish with at least 300 goals and at least 900 assists (in 11 years playing at least 60 games, he recorded at least 60 assists nine times and posted at least 20 goals six times). Only 12 centers in NHL history have that double; ten of them are in the Hall (Joe Thornton is likely to join this group), and nine have at least one Stanley Cup. And don’t give me, “well, Backstrom centered Ovechkin.” Gretzky centered Jari Kurri (451 goals in the eight years his career overlapped with Gretzky as an Edmonton Oiler). Mario Lemieux had Jaromir Jagr. Bryan Trottier had Mike Bossy. Stan Mikita had Bobby Hull. So yes, Nicklas Backstrom should be inducted into the Hockey Hall of Fame.

J.P.: On the one hand, this is a really tough question. The points are there, more or less, but for me the question always comes down to how dominant a guy was at his peak; was he ever a top-10 or so player in the League over the span of a few seasons. We know Nick hasn’t won any individual hardware and only played in one All-Star game. But over his first three full seasons in the NHL, he was sixth in points and you could damn-near set a watch to his point-per-game production up until last season. Yes, there’s the Ovechkin factor, but rarely do you hear people consider how many goals the Great Eight would have right now if not for his slick Swedish centerman (hint: not 780).

On the other hand, we live in a world in which people discuss Patrick Marleau’s Hall of Fame bona fides with a straight face, which is a product of the reality of the guys that are in there already – the standard just isn’t as high as it probably should be. And while Backstrom sure could use another few years of stat padding to help make his case, based on where the bar for entry is set currently, Nick should clear it. But will he? I’m much less confident in that… 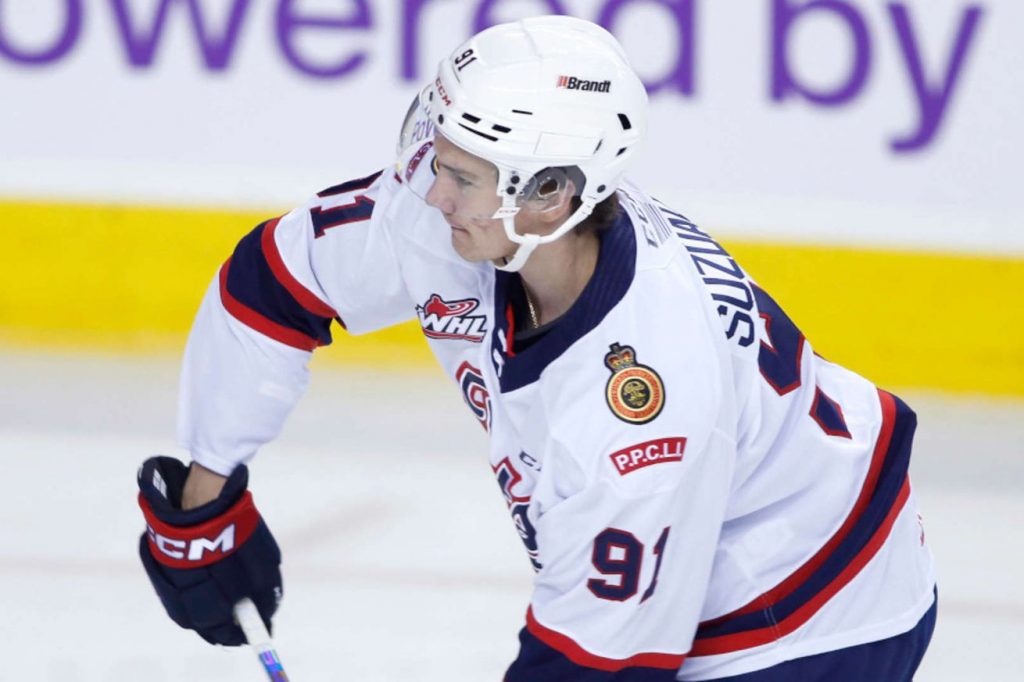 © Photo: Imago Checking in on how the organization’s depth has performed through the first two months of the season CHL Jake Karabela, CNOV: 11GP – 2G …