Those Orioles pitchers are so hot right now.

Dean Kremer matched what his rotation mate Jordan Lyles did on Wednesday, and outdid his pal Kyle Bradish’s Thursday outing by one batter. For the first time in his career, Kremer went the distance, needing 106 pitches to throw a complete game.

Even for the best of starting staffs, this trio of games would be absurd. It gets even more ridiculous when you consider the three guys that made it happen, names that even some dedicated baseball fans would be hard-pressed to recognize.

Kremer had his entire repertoire at his disposal in this start. Each offering saw higher spin rates than average, and he even added a tick or so to the velocity on the cutter and curveball. But the righty wasn’t blowing it by every hitter (six strikeouts). As is often the case, it was all about soft contact and limiting walks.

However, the game got off to a scintillating start with the very first batter. Jose Altuve led off with a double into the left field corner. Austin Hays was slow to corral the ball, but once he did it was a quick relay to Jorge Mateo and then Gunnar Henderson to nab Altuve attempting to stretch his knock into a triple.

Beyond that, it was relatively smooth sailing for the Orioles’ starter. The Astros got a runner to third base in the fourth inning, where he was stranded. That represented the visiting team’s only at-bat with a runner in scoring position. Even late in the game, Kremer was feeling it. With his 100th pitch of the night, the former Dodgers farmhand struck out all-world slugger Yordan Alvarez with a 78-mph curveball.

For much of the evening, there was very little wiggle room for Kremer. His offense scored just once for him through the first six innings. That run came in the fourth inning on an Adley Rutschman homer, his 12th of the season.

Thankfully, the bats finally came alive in the seventh inning, when the O’s used five singles, a double, and a throwing error from Hector Neris to score five times and make things a bit more comfortable. The biggest hits was a two-run single from Cedric Mullins with the bases loaded, and Rutschman followed that with a run-scoring double against a left-handed pitcher.

ARE YOU NOT ENTERTAINED?! pic.twitter.com/2MvDBbH5mH

That was more than enough to support Kremer with the way he was throwing. Houston didn’t come particularly close to scoring in either the eighth or ninth innings, and the Orioles continued their improbable run of dominance over the American League’s best team.

Kremer is the headliner of this game, and deservedly so, but we can’t pass up a chance to mention just how good Rutschman continues to be. The catcher filled up the stat sheet in this game with three hits, a double, a home run, two runs scored, two RBI, a walk, and a stolen base. Maybe he won’t win Rookie of the Year, but he is certainly making a case for himself down the stretch.

As of this writing, the Orioles are 3.5 games back of the final wild card spot, and the Mariners are down late to the Royals. The chance of an O’s playoff berth is still slim, but it’s OK to remain hopeful until the bitter end.

These two teams face off once again on Saturday with a pitching matchup that overwhelming favors the Astros. Framber Valdez (16-5, 2.57 ERA) starts for the visitors while the good guys turn to Mike Baumann (1-3, 4.29 ERA). Fortunately, O’s manager Brandon Hyde can feel pretty confident that his bullpen will be fresh. First pitch is 7:05. 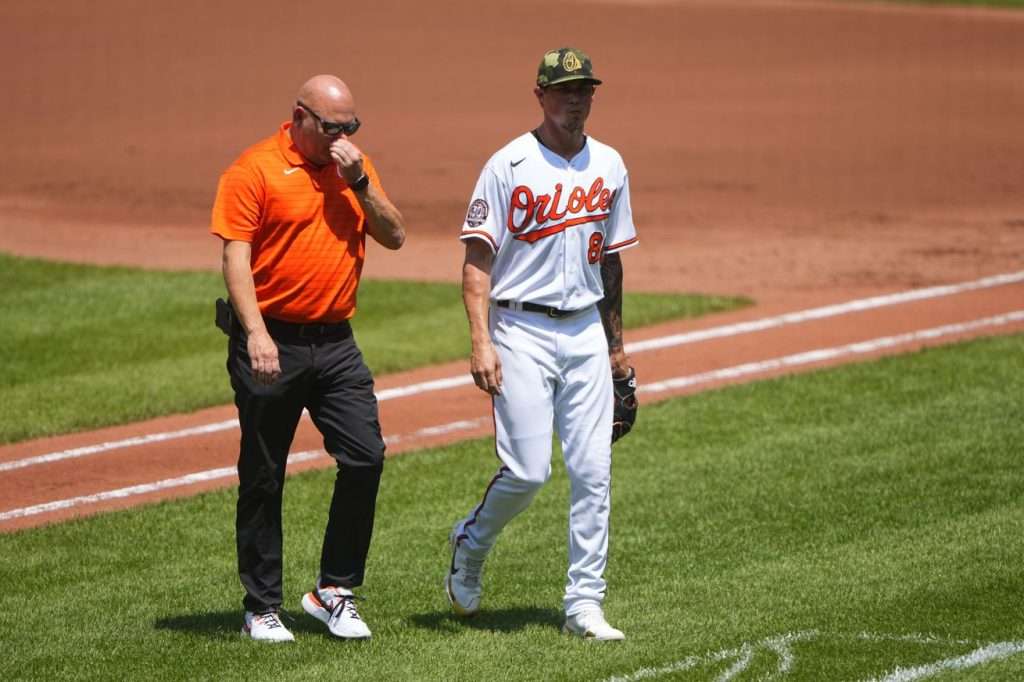 Gregory Fisher-USA TODAY Sports {Since the|Because the} O’s continue to try to {determine|recognize} starters for the future, we {break up|breakdown|tenderize|pack in|improve} some of … 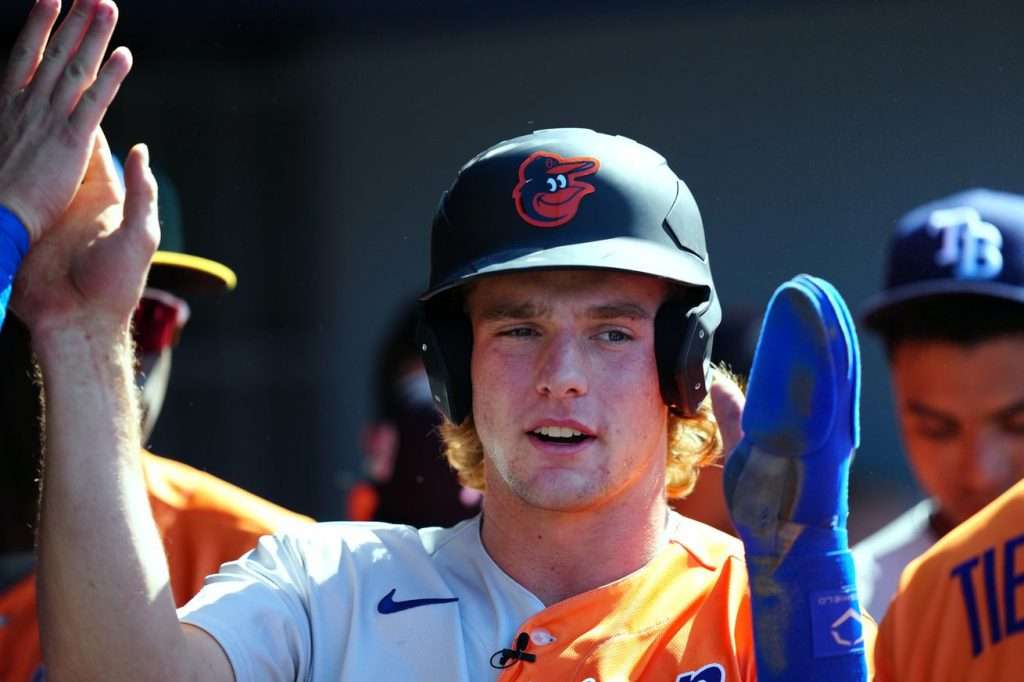 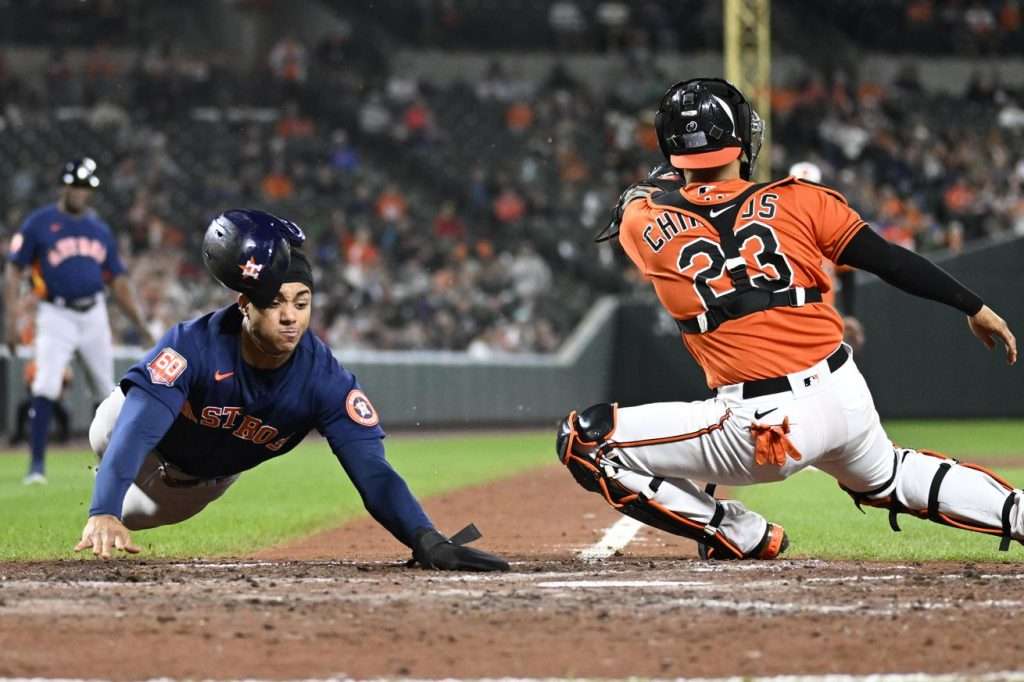 James A. Pittman-USA TODAY Sports The Orioles were one strike away before Félix Bautista gave the lead back for good. The Astros defeated Baltimore in a …