The Caps first three day break all season came at a perfect time. After a grueling schedule playing (mostly top teams) 13 games in a 24 day span, they finally got to rest up. Their first game back was against the one team that is as injured as them in the Philadelphia Flyers. It’s a perfect game for the Caps to get back on track and get in the W column. A big push to help them with that is TJ Oshie returned to the lineup after missing the last 11 games. He’s a much needed reinforcement.

Plus: Oshie made a great return with a couple of secondary assists and his patented hard nose play with bits of skill. He’s a true leader on the team and Caps are much better with him in the lineup. Hopefully he can stay healthy.

Minus: Caps PDO (luck) continues to just be terrible. They can’t buy a goal and they seem to get a lot of weird goals scored against. Yes they won but they probably shouldn’t have been so close.

-The Caps continued one of the few positive parts of their games lately by getting off to a good start. Both John Carlson and Alexander Ovechkin had good chances to get the first goals of the game. But like all the other games they let in the first goal. It definitely should have been filed under Kuemper “would want that one back”. It was a long range shot that hit his blocker, flipped over him, and into the net. And, of course, it was Morgan Frosts first goal in 18 games… Caps have been doing that a lot lately; giving opponents their first goals in awhile.

-It looked like Marcus Johansson scored on the power play for the Caps but he kicked it in, but no worries, he made up for it on the same power play tying the game up. But many Caps fans were not thrilled because it was an Ovechkin shot that was going to slide into the net but Johansson barely brushed it to give him the goal.

-Oshie made his impact felt in the first period. He drew the penalty that got the Caps the power play goal and earned a secondary assist on the goal as well. He also finished the first period with four hits.

-The Caps had a really strong second period creating chance after chance but, as it’s been lately, they couldn’t pot a goal in. Then Philly just went down and scored on some weird bounce that went off a skate, over Kuemper’s pads and just trickled. Caps continue to just not being able to buy a goal.

-The third period continued the same way. Caps had chance after chance but just couldn’t get one in the net. Net front scrambles where the goalie is on his back, a couple posts, odd man rushes; just nothing was happening.

-With almost all hope lost, a pretty passing play between Oshie and Kuznetsov led to a Sonny Milano tap in goal. The play looked like it could have been offsides by an inch but the Flyers decided not to challenge leading to a 2-2 tie with less than three minutes left.

-Milano almost brought the house down with an amazing single handed attempt breaking between a couple players and rifling a shot on net but it didn’t go.

-To OT we go! After it looks like the Caps weren’t going to score again after another frenzy in front of the net that included an Ovechkin post, Dylan Strome put one in the Great Eights wheelhouse and he ripped it home for the game winner. A much needed game winner.

Up Next: Set your alarms because Caps play the odd 2PM game this Friday against Calgary. 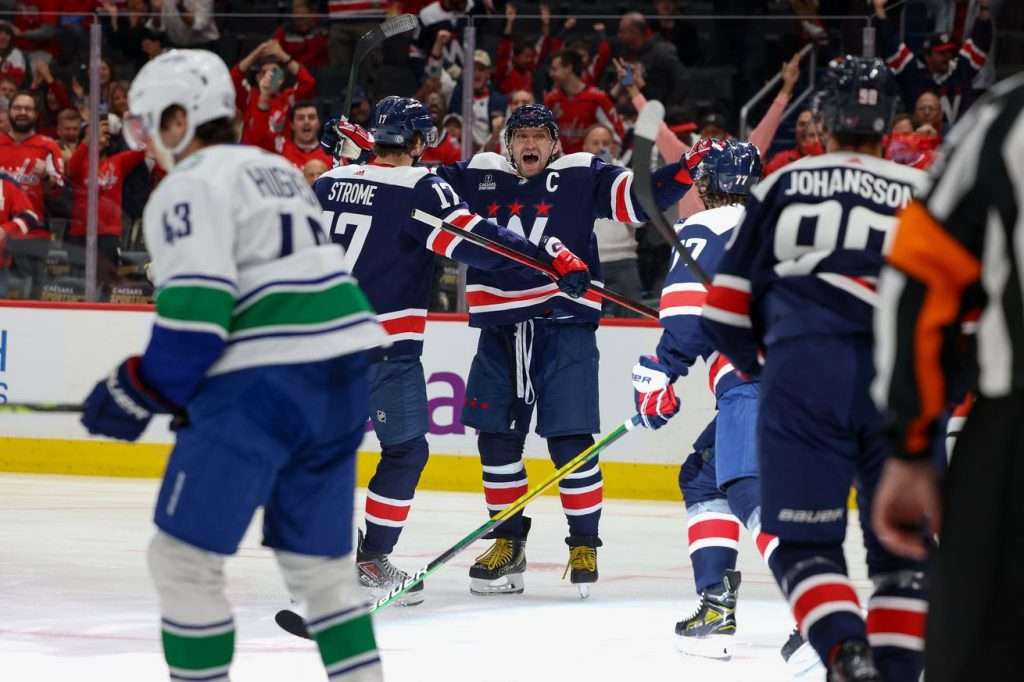 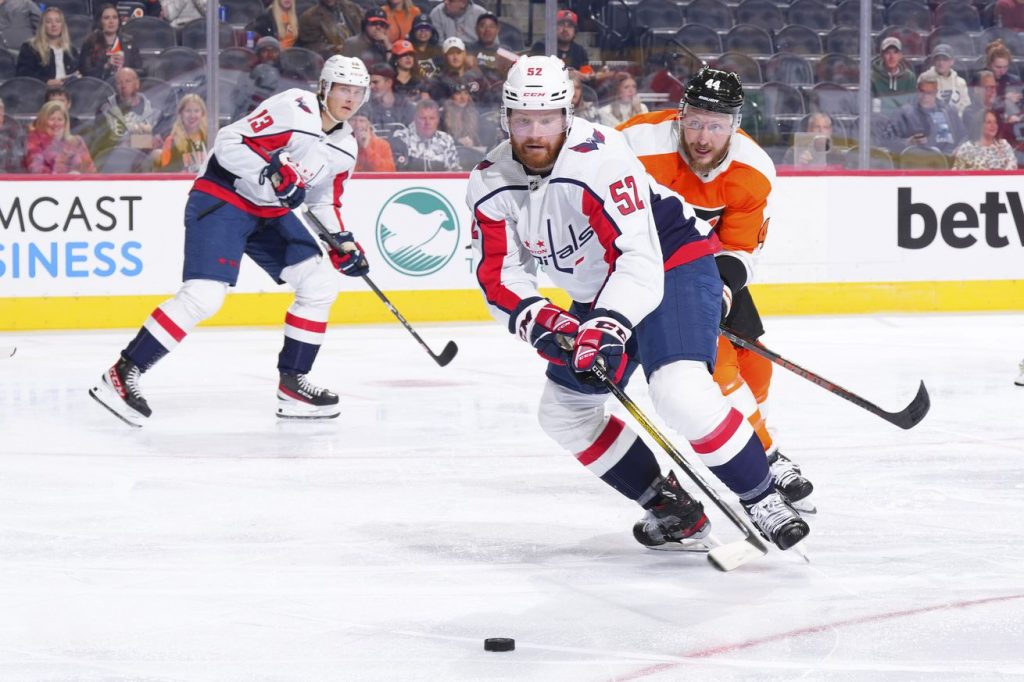 Photo by Mitchell Leff/Getty Images It’s time for turkey, and Caps fans will be hoping it makes for a tasty meal more than the way the …