The Baltimore Ravens have one of the most complex and nuanced offenses in the NFL. They use a bevy of personnel, with moving parts to operate within 12, 13, 21 and 11 personnel. They use a myriad of backs and tight ends to form different alignments. Their run game is beautifully complex full of motions that create eye candy to gain number advantages in their blocking scheme.

They have elements of Paul Johnson’s glorious triple option attack, Lincoln Riley’s RPO and GT counter game, as well as countless uses of motion to add numbers to their benefit. Defenses can stack the box with defenders and the Ravens can still create five-on-four, four-on-three, three-on-two and two-on-one blocking advantages regardless.

Nice pin and pull in 1Q with Ricard’s motion as eye candy to pull defenders down a gap. pic.twitter.com/rA5FiqbOs1

The issue? They frequently change personnel group three, four and five times in a single drive. This can have the advantage of forcing opposing defenses to be just as clean in terms of matching personnel. However, the Ravens’ sideline must flawlessly communicate with no lost time. The play call must come in immediately or the grand orchestration of personnel becomes an anxiety ridden panic against the play clock. Huddles are rushed, calls are missed, and players have limited time to read defenses while they race to simply get set correctly.

The cherry on top is the amount of motion that the Ravens use as previously mentioned. Not only are they fighting the clock due to the changes in personnel but also must execute a motion. This often requires impeccable timing relative to the snap, further heightening the growing perturbation. This leads to pre-snap penalties, missed assignments and a general lack of precise rhythm or the cohesiveness that an offensive line or front must have to execute blocking concepts.

One tweet stuck out after the Ravens’ disappointing 28-27 loss on Sunday.

Honestly I think the problem is it takes 45 seconds to call the deep ball plays and the only give GRo 40 seconds.

Ravens head coach John Harbaugh addressed the operational ineptitude that the team has suffered from for nearly half a decade at his press conference on Monday.

John Harbaugh on the Ravens’ timing and pace issues: “It’s on us.”

He’s gotten a lot of questions so far about the clock management and has pledged the team will fix it.

This is not the first article that has been written on SB Nation about Greg Roman’s orchestration of chaos pre-snap. During his tenure with John’s brother Jim Harbaugh as the offensive coordinator of the San Francisco 49ers in the early 2010’s, an article titled “Analysis the 49ers suffering paralysis by analysis under Greg Roman?” which detailed similar struggles.

The article stated as follows —

“Roman is a run specialist. 49ers have found success with it. However, the pass game and timing of plays does not appear to be Roman’s strong point. And sometimes, I wonder if Roman is overwhelmed by too much information. It is almost like he prepares for a little of everything he could possibly face rather than learning his opponent’s true tendencies. Does he consider what the 49ers do best? Come game day, it’s not what Roman knows that matters, it’s what the players know how to execute. Instead, we are almost paralyzed by the analysis. I am not saying the game plan should be simple. It needs to be smart.”

The article goes on to detail things like Roman not utilizing his most talented players enough, utilizing enough screens and other opinions. While Roman has vastly improved in areas in the pass game, it appears that there is still paralysis by analysis. The growing feeling that each call must be “perfect” and play to the Ravens strengths while exploiting opponents tendencies leads to these frantic stretches of pre-snap disarray.

The ultimate kicker in that notion is who the Ravens’ quarterback is: Lamar Jackson. The most electric athlete to ever play the position. One of only two unanimous MVPs in modern NFL history. One of the many beautiful aspects of Jackson’s play is his ability to make things right when they go wrong. He can scramble out of pressure or go pick up five yards when coverage suffocates his receivers and pick up first downs. He can make the “wrong” read in the option run game and still make a defender’s knees buckle, then knife through a defense like a water strider. Ultimately, with a quarterback like Jackson, he can make you right as a play-caller even when you’re wrong.

In the end, this isn’t an indictment of Roman — not him alone. Roman is, undoubtedly, one of the most masterful coordinators in the entire sport, particularly in the run game. Peyton Manning went on to detail his thoughts on the Ravens offensive coordinator during ESPN’s ManningCast, when the Ravens were playing the Saints in New Orleans.

Peyton Manning on Greg Roman and the Ravens offense:

“They’re creative, they have the RPO’s but they have these run plays that look like play action, they do a great job pulling tight ends, pulling guards. This guy is one of the top coordinators out there, really good guy.” pic.twitter.com/AdZhr1qpFO

What Roman creates, when operated precisely, is beautiful, tactical, complex and genius football. He’s able to create disadvantages in the run game that spiral defenses into hesitancy that gashes them. When hesitation occurs in terms of spitting out play calls and beginning the grand orchestration of personnel groups from play to play, erratic football forces the Ravens to beat themselves.

It’s a large factor why, despite leading by two scores in all 11 games this season, it feels like the Ravens have underperformed while sitting at 7-4 and atop their division. While they’ve had late issues defensively that deserve scrutiny and other think-pieces, operations and their play-to-play process offensively has also hindered them. With a slew of injuries, players returning from injury or inexperienced players, it’s quite a complex way of operating an offense.

At the end of the day, it’s John Harbaugh’s football team. The article previously mentioned goes into another thought on Roman and Jim Harbaugh —

Football is a team sport and there are many moving parts to creating a successful game plan. And let us not forget, when Harbaugh is presented with a game plan, it is within his discretion to axe, modify or approve it. Further, during the week, the team implements and puts into practice the plays the offensive coordinator believes the team is most likely to use. If the head coach were to see flaws in the game plan, he can bounce those plays. Further, he has full veto power during the game. He may look at an opponent, realize something is not working and make a change.

John appears to be content in a similar boat that his brother Jim arrived in. Eventually, Jim gave play-calling responsibilities to then 49ers quarterback coach Geep Chryst. Another Niners Nation articled detailed these issues —

This is all being brought up, because the biggest argument to Greg Roman’s offense was on who the real culprit behind the issues were. One of the many arguments was there were too many cooks in the kitchen, with (then) quarterback’s coach Geep Chryst calling plays in the red zone, Roman calling run plays, other coaches giving a call, and Jim Harbaugh as the central hub to relay the final decision to his quarterback. Given all the checks and balances, it’s no wonder that once the Niners hit the line with 14 seconds and their love of eating up time dancing around the line of scrimmage in shifts that they’d burn time outs and take delay of game penalties.

This is what the Ravens have avoided — Harbaugh forcing Roman to second guess himself or making a decision to the point of no return by splitting play-calling duties, which often feels like a desperate and half hearted way of dragging out an inevitable firing/demotion. That point of dissension hasn’t been reached and frankly doesn’t need to happen.

The grand irony is that during CBS’ coverage of the Ravens vs. Jaguars matchup, a sideline reporter presented Harbaugh’s thought on what the Ravens needed to do better in the second half. It was something to the tune of, “get our play calls in quicker on offense.” It was as simple as that. The Ravens did get to the line quicker in the second half, producing 240 yards, 18 points and capitalized in the red zone twice.

Instead of opening up the can of worms by splitting play-calling duties, double checking them with Harbaugh or any of the previously failed methods the 49ers attempted, there are simpler solutions. First, address the players that it has been holding them back, take accountability and stress that clean play-calling, personnel changes and operations will be their biggest emphasis moving forward.

Second, maybe Roman needs to write in his notes, “Believe in yourself, get the call in!” with the same exclamation point used to remind him to get Devin Duvernay the ball. Harbaugh reminding him before each drive couldn’t hurt, even if simplistic and annoying. Roman is a masterful coordinator. He’s built this offense for four years. It’s produced incredible results at times and set countless rushing and overall efficiency records. It’s helped the Ravens find the playoffs twice in the last three seasons.

Ravens OC Greg Roman said one of his notes after the game was to get Devin Duvernay involved.

“It had an exclamation point after it,” Roman said.

Third, the Ravens could stand to use the same personnel group for two, even (crazy I know) three plays from time to time. Let Jackson go to work. The Ravens switch running backs, tight ends and whatever Pat Ricard is too often mid-drive. There are advantages in forcing defenses to match personnel quickly and effectively, but once Baltimore find themselves fighting the play-clock once, let the offense establish rhythm for a play or two and nip the anxiety in the bud.

Finally, trust Jackson. He’s been in the offense for nearly half a decade now. Mentally, Jackson has grown sharper in terms of communicating and making checks pre-snap. You’re considering handing him a check for over $200M. Let him run the show. He’s not an old veteran, but he’s far from being green, especially within this offense. Present him with more answers at the line of scrimmage and let him make you right. 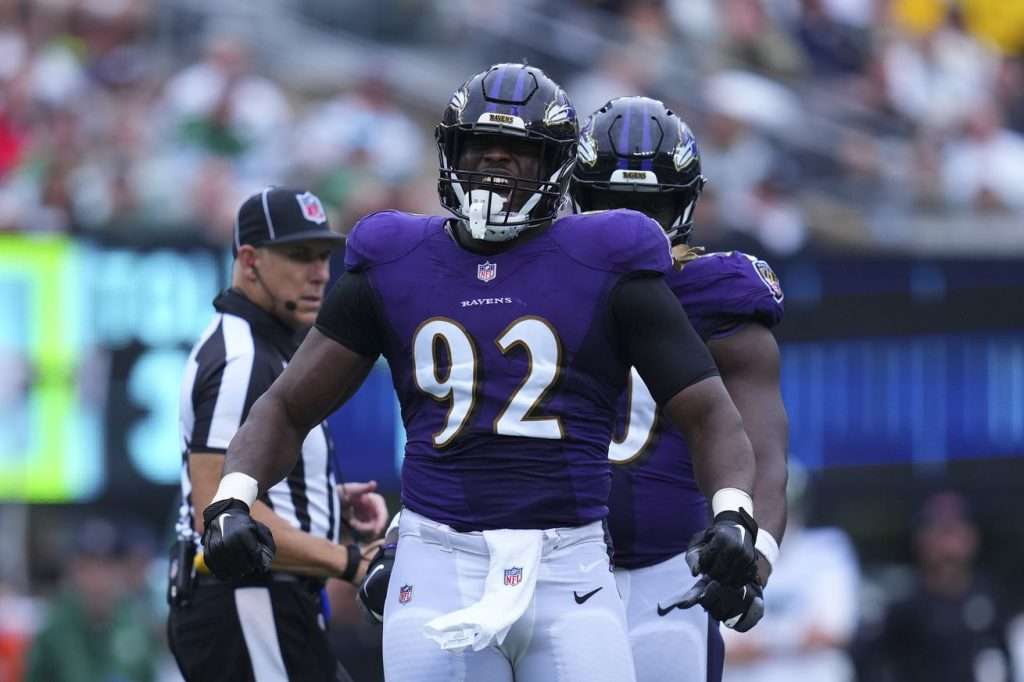 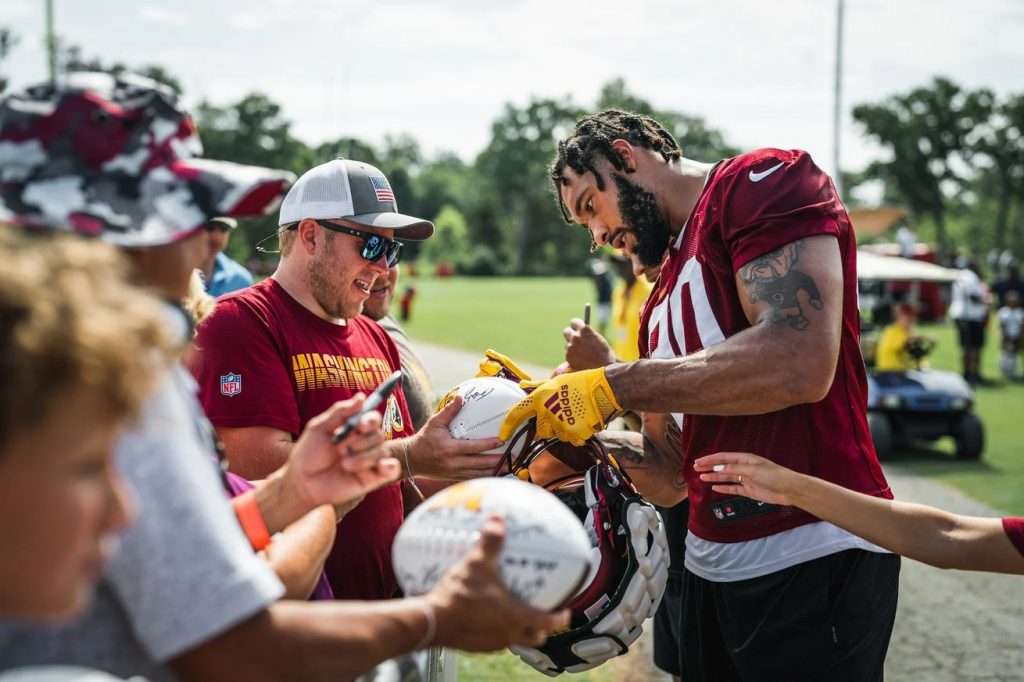 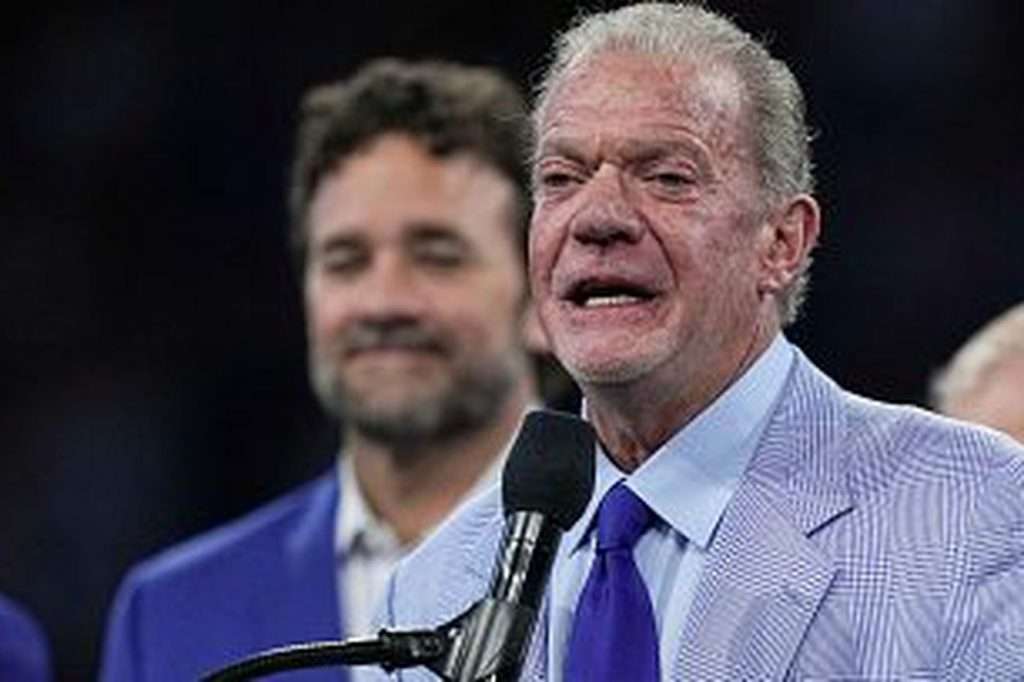 News, links to articles, updates and more from DC area writers and national sports journalists and others The goal of All aTwitter is to give readers …